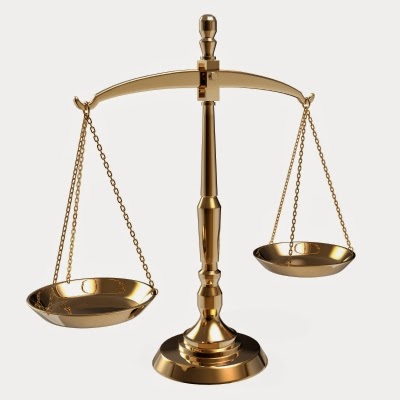 As we stated in an earlier blog post, standardization of materials, equipment and processes will be critical to drive reproducibility and robustness of living cell technologies to the point where they can be widely used and considered “Democratized”.  Some day in the future, an advanced degree and several years of training will not be a pre-requisite for a person to use living cells for some type of particular task, be it for personal or professional applications.  Since standards are so important to RoosterBio’s long-term mission of Democratizing Cellular Technologies, I devoted my March 31st to attending an FDA-hosted public workshop titled Synergizing Efforts in Standards Development for Cellular Therapies and Regenerative Medicine.  The agenda for the day can be found here.

There has been a robust ongoing effort forged between several academic and industry groups (ISCT, ARM, TERMIS) and standards-related organizations (NIST, ASTM, ISO, AABB, ICCBBA, USP, FACT) to establish standards for cell therapy and regenerative medicine; enough that the FDA thought it wise to begin to try to organize and coordinate these activities.  Thus, the purpose of this workshop was to “bring together a broad range of stakeholders to discuss current and future standards development activities involving cellular therapies and regenerative medicine products”.  While there wasn’t a lot of “action” at this meeting, it was a very good mechanism for understanding the landscape of the various activities, who some of the key players are, and how to get actively involved in the dialogue.

There is bound to be a transcript from this event, as well as a written summary published in some journal – so my goal with this blog is not to provide a thorough review.  I am no standards expert, so my goal here will be to provide some of my personal learnings from this event and to point readers to further resources.  My biggest take-home from the workshop was that standards are mostly developed by consensus through time volunteered by experts in the field that have full-time jobs elsewhere.  The workshop also helped me understand the different types of standards and things that need to be standardized – of which I will try to outline briefly below.

It was not until last week that there was one place where all of the Cell Therapy/RegenMed-related standards were compiled in the same place.  Alexey Bersenev at the StemCellAssays blog created a great summary of all the various organizations, efforts, and existing standards that are used and are relevant to Cell Therapy and RegenMed.  I would say that this is by far the most comprehensive aggregation of standards information for this field, and I would encourage everyone to use it as a resource moving forward.

Chris Joneckis (CBER – FDA) gave a good overview talk outlining the various types of standards and who develops them.  Standards can be developed by Government and Regulatory agencies, by Industry, or by Consensus Organizations like ASTM.  Depending on how standards are developed, they can be categorized as Voluntary Consensus Standards (VCS) or Government Unique Standards (GUS).  Chris made a point of stating that before a GUS is developed, there is an evaluation of any existing VCSs that can be used.   This not only saves extensive amounts of resources and time, as standards can take years to develop, but it also take into account stakeholders' previous activities in any new standard development.  This also underscores the concept that if Industry proactively attempts to create standards, then it is less likely to have regulations pushed on them without any input.

Standards can also be categorized as Horizontal or Vertical standards depending on how they cover products.  Horizontal standards typically work across several types of products such as a method of sterilization, or the measuring of endotoxin levels in a final product intended for injection.  Vertical standards are a specific standard for one type of product, such as potency assays for insulin activity.  It is possible now to imagine what future standards for RegenMed may look like:  we may have identity and potency standards for an adherent bone marrow-derived cell product that has gone through at least 10 population doublings – and if so, a standard like this would most likely have to be indication specific, i.e. a Vertical standard.

One structured learning that I had from the day was around the 3 classifications of standards that can be created.  These are:
Once I began to think about these buckets, it started to become obvious how our own field might begin to bring consensus around standards formation.  The presentations by Liisa Kuhn representing ASTM, David Kaplan representing ISP, and by other organizations like AABB, FACT, USP and ICCBBA then provided some specific standards that are already in place for reference in Cell Therapy and Regenerative Medicine (which are collected here).

Keith Wonnacott, the Chief of the Cell Therapies Branch of the FDA, led a concluding discussion successfully connecting several dots from throughout the day.  Keith suggested that in order to “synergize efforts in standards development” for RegenMed, we need to address 1) Awareness, 2) Coordination, and 3) Involvement.  He posed 3 questions to the group:

Several suggestions were captured in a document for ideas on how to address each one individually.  I thought Aline Betancourt (@wibiworks on Twitter) provided the most actionable suggestion (in my opinion) suggesting that there should be some place where all relevant standards are aggregated, both current and in process, and to have this as a method of coordinating activities.  The StemCellAssays blog has already jumped on aggregating the content in one place, and now it will be interesting if there is sufficient interest in an organization using this new resource to help attempt to coordinate efforts.

As the minutes of this meeting are posted I will try to link to them here, and it is possible that a formal write up is created and published.  In a future post, I will try to organize what I know is happening in the world of creating standards for MSC technology, and try to tie them into the terminology and framework that I have outlined above.


Until the next post, please feel free to comment or ask questions below, and I will do my best to answer them.
Posted by Jon Rowley at 9:37 AM

All comments are welcome, but we do not support hateful or lewd messages. Please make your comments professional and in the spirit of adding to the scientific discussion!