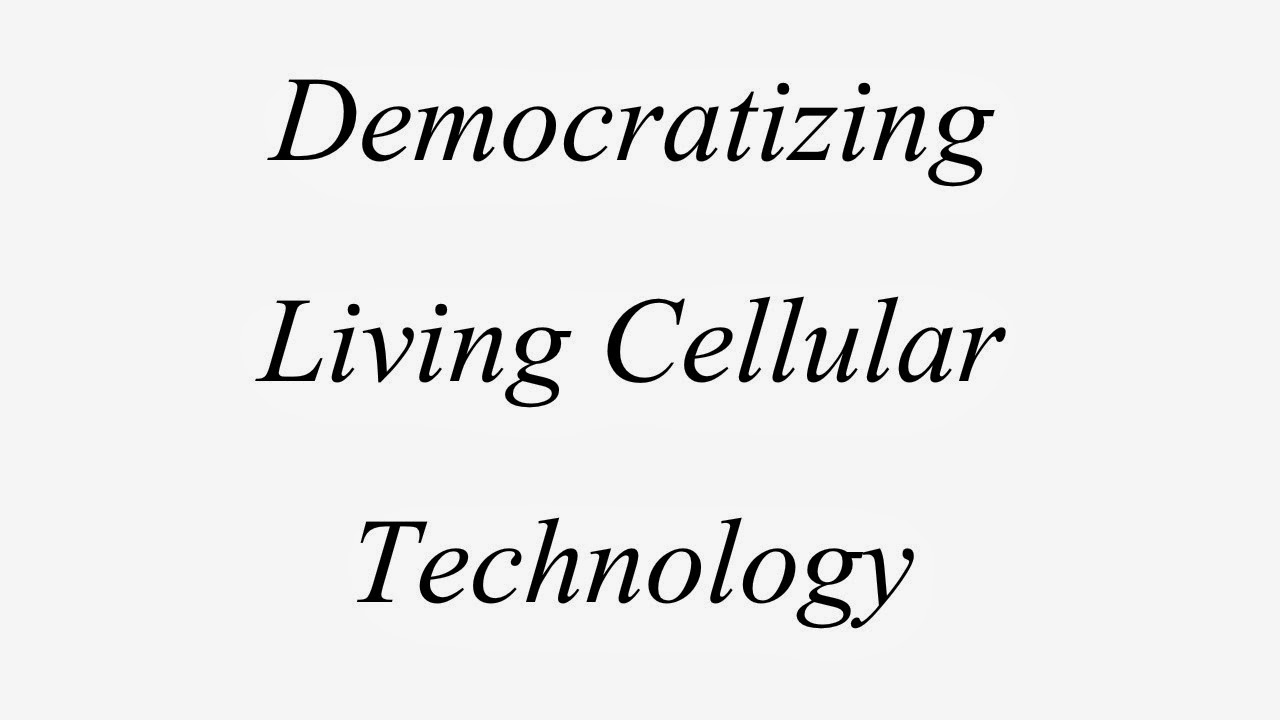 @JennWebb recently wrote an article for the O’Reilly Radar titled Democratizing Technology and the Road to Empowerment.  She starts out the article with a nice summary of what it means to Democratize Technology.  Jenn writes “Advancements in technology are making what once was relegated only to highly educated scientists, engineers and developers accessible to — and affordable for — the mainstream.“  Now, the blog she writes for is focused on the intersection of Hardware and Software (or the “physical and digital worlds” is how they phrase it), while we at RoosterBio are imagining a World where biotechnology, specifically living cellular technologies, are simplified and cost-reduced to the point that you don’t have to be a PhD researcher in a well-funded laboratory to perform your own experiments or build novel things out of living cells. The concept of biology paralleling the advances of IT are well laid out elsewhere.


Today, it is much easier to incorporate living cells into your research than it was 20 years ago.  This is evidenced by the proliferation of Cell Biology capabilities in Engineering departments all over the world as Biomedical Engineering has turned into a formalized academic discipline.  When I was doing undergraduate research at the University of Michigan in the early 1990’s, it took months and several collaboration attempts before we could get living cells onto the biomaterial constructs we were making at the time.  Today, it is more commonplace to find the tools to marry the Worlds of Cell Biology and Engineering in the same laboratory.  Despite this, the total number of labs with such capabilities and expertise is still very small.


We believe that the steps required to fully Democratize Cellular Technologies will be to: 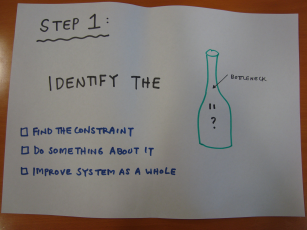 Mesenchymal Stem Cells (MSCs) are widely studied in academic circles and an attractive cell source for clinical applications. MSCs not only possess the ability to self-renew and differentiate to a number of mesenchymal lineages in vitro and in vivo [1,2], but these cells also secrete a cadre of potent trophic factors that contribute to tissue remodeling and modulate the host immune response, making them an attractive cellular biopharmaceutical for the treatment of a number of degenerative diseases and traumatic injuries [3]). However, there is a significant need to improve current methods to efficiently expand standardized, well-characterized MSCs in vitro to the cell numbers needed for widespread, off-the-shelf clinical use.

Despite their immense therapeutic potential, MSCs are very rare, comprising only 0.001%-0.01% of the mononuclear cells in the bone marrow [1]. Since a typical adult bone marrow aspirate yields very few MSCs (roughly 1 out of every 10,000 cells) [4] prolonged in vitro expansion is typically necessary before clinical use. However, MSCs will often senesce (i.e. stop growing) in culture before adequate cell numbers for transplantation (on the order of a billion cells) can be obtained. In addition, prolonged in vitro culture of MSCs has been shown to diminish their multilineage potential and impair their immunosuppressive activity [5-8]. The aforementioned challenges associated with MSC culture currently limit their therapeutic potential, and a significant need remains for methods to efficiently expand multipotent MSCs ex vivo.  Therefore, extensive effort has been put into developing methods to expand MSCs while maintaining their differentiation potential and paracrine activity. Cell plating density, culture surfaces, and the addition of growth factor supplements have all been investigated. Of these variables, the use of growth factor and cytokine supplements has proven to effectively modulate MSC growth and self-renewal [9] while maintaining desirable cell characteristics.

There are three major challenges that cell and tissue engineering technology efforts face today. These challenges are:
Read more »
Posted by Unknown at 10:35 PM 2 comments:

A lot of discussion on this blog will surround MSCs.  So, what is an MSC, why are they relevant, and what’s there to talk about?  A little intro:

The continuing debate on “What is an MSC”?
Adherent bone marrow-derived cells that differentiate down various tissue lineages have traditionally been called Mesenchymal Stem Cells, or MSCs.  There is great debate in academic circles whether this is an appropriate term, and alternative names such as Multipotent Stromal Cells, Marrow Stromal Cells, and even Multi-factor Secretory Cells have been proposed.  While there is debate on the technical name, there is agreement that the “MSC” acronym be maintained.

A Brief History of MSCs and their Therapeutic Use
In the 1950s, it was discovered that the adult bone marrow contained a rare, plastic-adherent stromal cell population, Mesenchymal Stromal Cells (MSCs)[1,2], that participate in maintaining the blood-forming, or hematopoietic, niche, and thus, they are implicated in organ homeostasis, wound healing, and aging[3].  Ex vivo, MSCs grow as long, spindle-shaped cells with prominent nuclei and are capable of forming single-cell colonies on tissue culture plastic[4,5].  MSCs have the potential for self-renewal and are multipotent, i.e. they have the ability to differentiate to cells from a number of mesenchymal lineages including fat, bone, cartilage, and muscle both in vitro and in vivo[4-7].  Thus, these cells are also referred to as Mesenchymal Stem Cells and Mulitpotent Stem/Stromal Cells.

Since their initial discovery in bone marrow, MSCs have been found to reside in many tissues in the body, including fat, umbilical cord blood, dental pulp, and peripheral blood, to name a few.  Three major criteria have been established to define a cell as an MSC[8], including their plastic-adherence, their surface marker profile as measured by flow cytometry, and their ability to differentiate to osteoblasts (bone), adipocytes (fat), and chondrocytes (cartilage) under standard in vitro differentiation conditions.  However, these historical criteria have not kept up with how these cells are used in application.  Tri-lineage differentiation is relevant to less than 20% of all therapeutic applications.  Furthermore, flow marker expression has recently been seen as having little relevance to function[9-11].

Welcome to the RoosterBio Blog 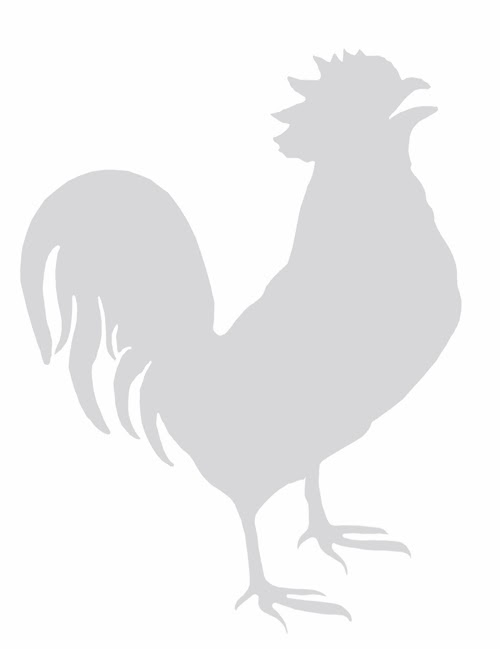 Everyone at RoosterBio is extremely excited to be launching our company, shipping our first products, and interacting with tissue engineers, cell therapists, synthetic biologists, and our customers to learn about innovative research in these fields, share our knowledge, and contribute to the Cell and Tissue Engineering Revolution. The central theme behind RoosterBio, or what we call our “business hypothesis”, is that as living cellular technologies become more affordable, easier to access, and much simpler to incorporate into product development efforts– there will be a rapid acceleration in products coming to market that incorporate these technologies. We believe that we can help shape this new market by Democratizing Cell Technologies and making them abundant, affordable, and much simpler to translate into the clinic.

We have assembled a team at RoosterBio that have years of experience in stem cell R&D, cell therapeutic product and process development, and manufacturing operations, and with this blog we hope to share many of the topics that we are so enthusiastic about.  We gravitate toward technologies at the technical interfaces of fields such as 3D printing and tissue engineering; thus 3D bioprinting of tissues will be a big topic on this blog.  We will be sharing our thoughts on step-changes in technology on topics like stem cell therapies, engineered tissues and organs, biological robots, manufacturing technologies, and synthetic biology.  We will also engage in educational posts related to our expertise, and comment on broad themes that are facing the industries that we care about, such as establishing standards in the stem cell arena.  The developments in progressive fields always have profound effects on science and society, and we believe we are on the verge of the cell and tissue engineering revolution.

This blog is targeted at the scientists, technologists, engineers, and doctors that are working passionately and feverishly to bring cell-based products to patients, as well as for general audiences that are interested in the driving forces behind cellular therapies, regenerative medicines, and tissue engineering technologies.  We hope you will come back to learn and engage in the conversation, and also be a part of the next technology revolution as Biology becomes Technology.

We encourage everyone to leave comments, and to feel free to say what is on your mind. We look forward to the dialogue and helping to accelerate the Cell-based BioEconomy!

Posted by Jon Rowley at 7:32 AM No comments: